Budapest, also known as ‘Queen of the Danube’ is the capital of Hungary and one of the most famous spa cities in the world. So, if you are planning wellness holidays Budapest is one of the must-sees but even if you are looking for sightseeings, walks in nature and a glimpse of history the city won’t let you down.

The first place to visit for those looking for relaxation is Gellert Hill where Gellert Spa, one of the most famous spa baths in Europe, is located. You can start climbing the hill from Petofi Bridge or take the funicular railway from the Chain Bridge. Up in the hill, you can visit the Nazi Bunker Wax museum, admire the Citadella, which is the city fortress and enjoy some breathtaking, panoramic views of the city and Danube river. 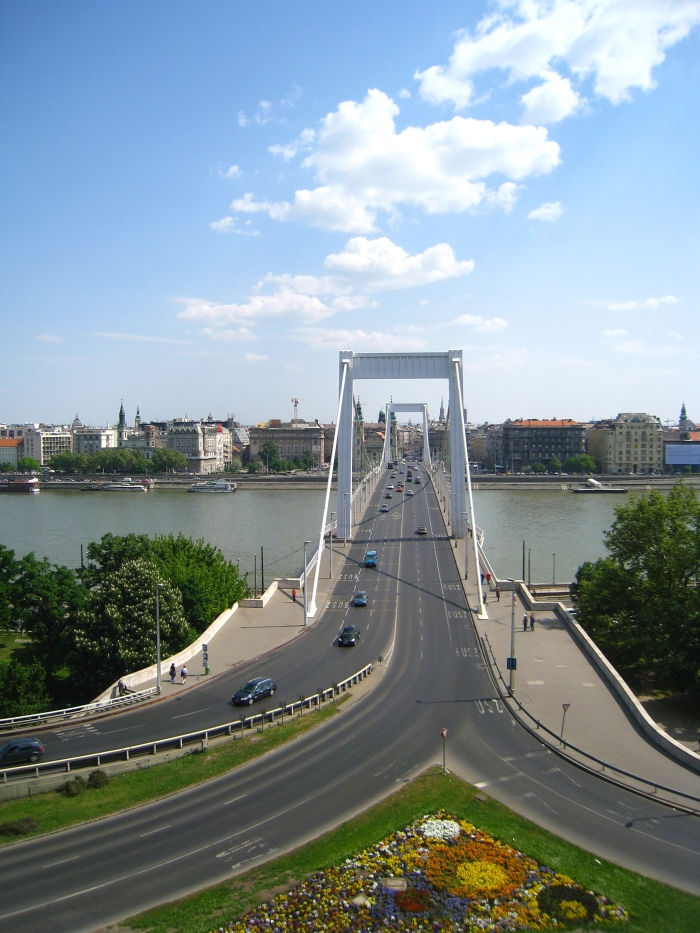 Petofi bridge as seen from Buda 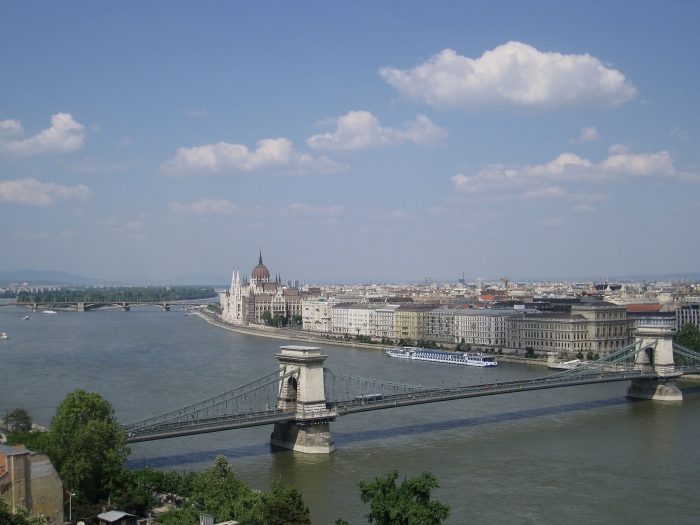 View of Budapest from Gellert Hill

Then instead of going down the hill, you can start your excursion to the Buda castle district. The castle complex includes the impressive Buda Castle, Fisherman’s Bastion, the Royal Palace, the National Museum, the Budapest History Museum, Matthias Church as well as many fountains, statues and courtyards with amazing views of the city. What I admired the most in the castle complex was the Fisherman’s Bastion, which unlike most of the castles has many windows, arches, arcades that do not really offer protection. The reason behind this is it was designed to be a beautiful view terrace and emphasize the beauty of Matthias Church and not to be a fortress protecting Budapest. 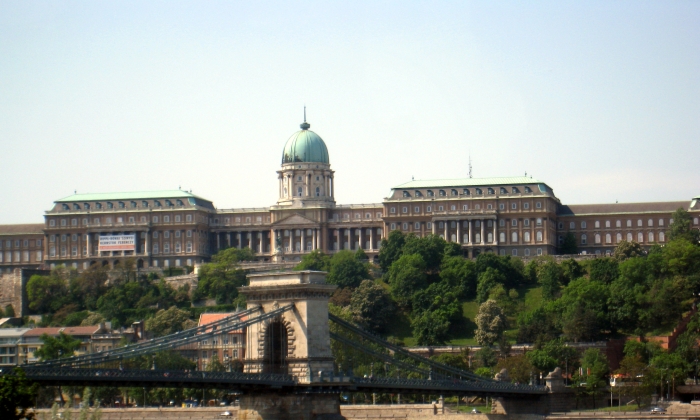 Buda Castle and the Chain Bridge

Statue in the courtyard of the Royal Palace

Statue of St. Stephen King in front of the entrance of Fisherman’s Bastion

View to Pest and the Parliament from Fisherman’s Bastion

As Budapest is actually two cities separated by the Danube river, Buda and Pest, its 8 Bridges play a vital part in the city’s infrastructure and transport. The most famous and oldest of all the bridge is the Chain Bridge, opened in 1849. Decorated with lion sculptures it is one of the most beautiful bridges I have ever seen, it is even more impressive when lit up during the night.

From the Chain Bridge you can see most both the Buda Castle (in Buda) and the Hungarian Parliament, another must see of Budapest (in Pest). The Parliament Building is the third largest Parliament building in the world, a great example of Neo-Gothic architecture with a magnificent interior you should pay a visit to. The building is so huge that can be seen from almost every spot on the river’s banks and in my opinion the most characteristic and beautiful in Budapest. Unfortunately, pollution is badly affecting its limestone walls so there are high chances you will see some scaffolding around while visiting. 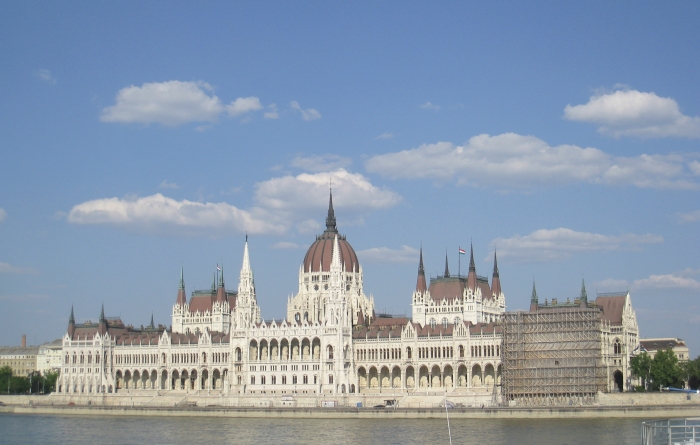 Also in the Pest side of the city, another characteristic part of the city, Hosek Tere or the Heroes Square, a major square that played an importan part on its history is a monument you should not miss. The statue complex of the square s featuring the Seven Chieftains of the Magyars as well as many Hungarian national leaders. Archangel Gabriel is depicted on the top of a column holding the Hungarian holy crown and the apostolic double cross. After taking some time to admire this stunning sight you can pay a visit to the Zoo or the famous Szechenyi thermal baths, both in walking distance from the square. 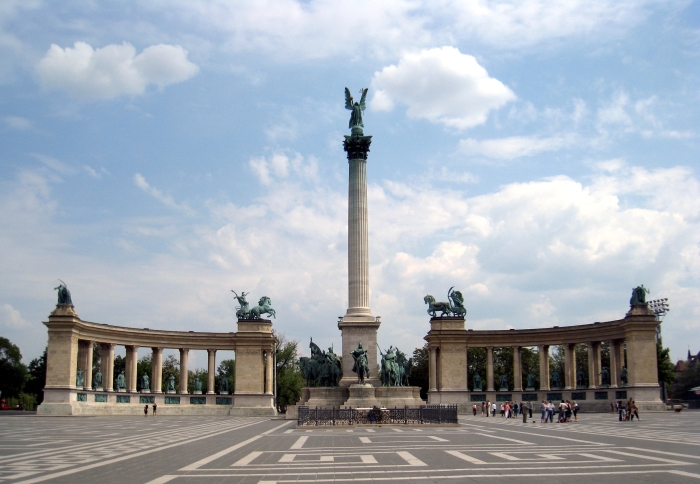 Between the two I chose the Zoo and I was not dissapointed at all, I would say that’s one of the most impressive Zoos I have been to. The Budapest Zoo is massive and there is so much too see that you should plan at least 3 hours for visiting.

Gorilla in the Budapest Zoo 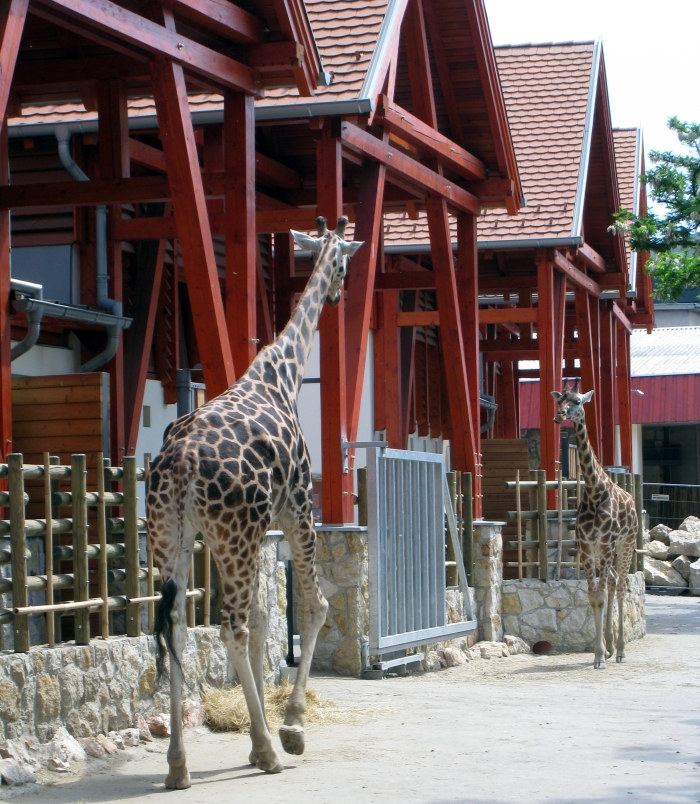 Giraffes in the Budapest Zoo

Another must see in the city is Margaret Island, a long island in the middle of Danube river, mostly covered with parks. It is really worth it to rent a bike and explore the peaceful nature of the island on a sunny day, alternatively you can rent a canoe from the island entrance on the Margarate Bridge side and explore its surroundings.

During my visit in Budapest I approached two of its most famous baths (the one in Gellert Hil and the Szechenyi baths) but I did not visit any of them. I was told both are worth a visit to immerse myself in the original Hungarian thermal bath experience but both are mostly crowded so I was given an alternative, the Danubius Heath Spa Resort Margitsziget in the Margaret island. This resort is located on the side of the island closer to the Arpad bridge, in a beautiful green scenery offering you the chance to enjoy its wellness facilities using the natural thermal water of the island as well as an indoor and an outdoor swimming pool without having to be guest. Just purchace a daily wellness package according to your needs and enjoy the wellness experience in this wonderful scenery. I really enjoyed the hot and cold water pebble walk and the jacuzzi and would highly reccomend this spa as it was not crowded at all giving all the visitors the chance to enjoy the wellness experience. 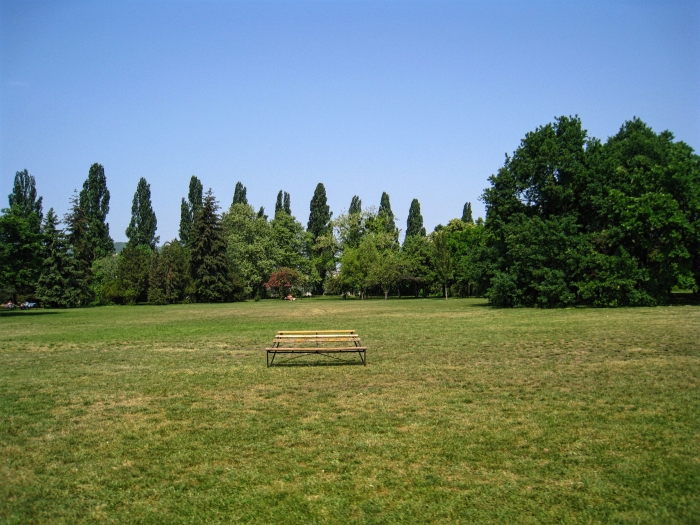 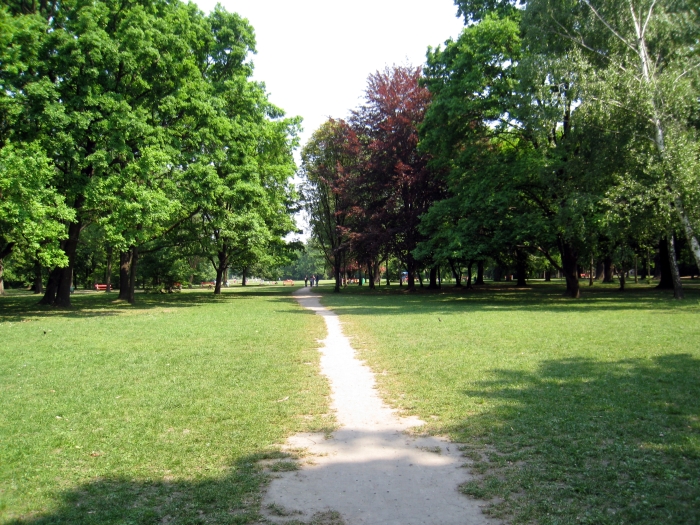 Hungary is well known for its delicious cuisine, based on meat and bread. Goulash is actually a medieval hungarian traditional dish even though it is presented as a dish of many European countries including Czech Republic and Poland. For the complete hungarian medieval meal experience I highly recommned spending some time at Sir Lancelot Restaurant in Pest where you can watch some medieval happenings and try to have a meal with no use of cutlery as in the middle ages.

The hotel I would reccommend is Csaszar Hotel, a value for money accommodation, offering an outdoor swimming pool and just a 15 minute walk from the Margaret Bridge and very good tram connection to all the main sights.

For shopping and some beautiful caffes have a walk in Vaci Utca (Vaci Street), the most attractve pedestrian shopping streets in the city.

My suggestion is to plan at least 3 days for your visit to the main sights of Budapest and you can easily combine it with a visit to the nearby European capitals, for example both Vienna and Bratislava are 2-3 hours away by train. Of course if you are up to a wellness city break you should plan more days to try as many of the thermal baths as possible.

Did Buda or Pest impress you the most in this city? Which thermal bath and/or other activity would you reccomend? Please reply in the comments.